After an injury forced him to miss the final stages of Olympic qualifiers this past summer, Shane Larkin was anxious to get back on the court with the Turkish National Team before 2021 ended.

Shane made his return worth the wait. 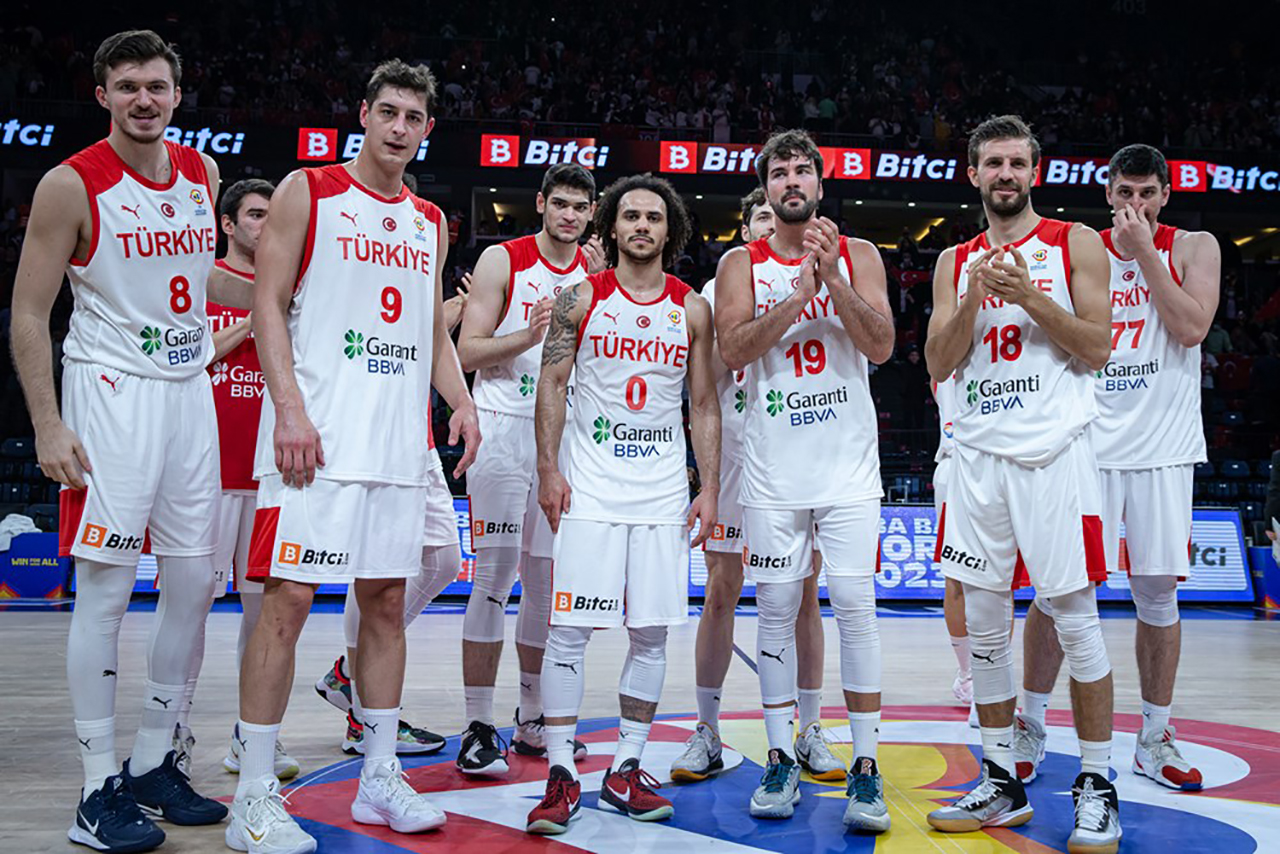 Turkey had to hold out a few extra days to get Shane back, thanks to a schedule conflict that saw their opening game of 2022 FIBA World Cup Qualifiers against Belarus scheduled for the same day as a huge EuroLeague collision between Shane’s team Anadolu Efes and fellow Turkish club Fenerbahçe. Though Efes won their game led by 25 points from Shane, without Shane, Turkey lost in Minsk to Belarus, 84-70.

That loss left them in dire need of a win in the second game of qualifiers on Sunday.

In his first game action for the Turkish National Team in nine months, Shane scored 22 points, including 19 in the second half, as Turkey broke a halftime tie and pulled away for a resounding 84-67 win over Great Britain to complete the opening leg of World Cup qualifiers with a split.

A slow start from Turkey allowed Great Britain to build a 13-point lead, 23-10, late in the first quarter. But Turkey closed the quarter on a 6-0 run and kept it going into the early stages of the second. All told, the 15-0 run gave Turkey a 25-23 lead.

Great Britain bounced back to even the score and the game saw multiple lead changes in the second as the teams traded buckets and neither team pulled ahead by more than five. Shane was held scoreless through the first 16 minutes of the game before sinking a free throw late in the second quarter, and added his first bucket in the final two minutes of the half. At halftime, the score was knotted at 37-37.

Turkey opened up the second half on a 17-5 run to take a 12-point lead with four minutes remaining in the third, and pulled away from there, leading by double digits for most of the second half en route to the win. After scoring just three points in the first half, Shane scored nine in the third and 10 in the fourth to push Turkey to the victory.

As a team, Turkey shot 53 percent from the field, had 21 fast break points and 26 points off Great Britain’s 16 turnovers. Turkey also got a whopping 39 points from their bench, led by Bugrahan Tuncer’s 17 points.

After another long hiatus, the Turkish National Team will be back together in February for a pair of World Cup qualifier games against Greece on Feb. 25 and Feb. 28.