Shane Does It All As Turkey Tops Croatia

Monday’s game between Turkey and Croatia was to be a footnote after Turkey clinched a Eurobasket 2022 spot on Saturday, but it was more than that for Shane Larkin and he showed it in guiding the Turkish National Team to a resounding victory.

Shane was all over the court, scoring 16 points and dishing out seven assists while also recording two steals and two blocks on the defensive end as Turkey won its third straight, beating the top team in their qualifier group Croatia, 84-78. The victory avenged Turkey’s only loss since Shane joined the team, a defeat at the hands of Croatia in his debut with the National Team back in November. Turkey concluded Eurobasket qualifiers with an even 3-3 record, including 3-1 after Shane joined the squad.

No. 0 made his presence felt early, getting to the line for the first points of the game less than a minute in. Moments later, he dished to Berk Ugurlu for a trey to put Turkey up 5-4. Late in the first, Shane drilled back-to-back threes as Turkey jumped in front 17-14. Then, in the closing seconds, he recorded a steal that led to an alley-oop dunk by Bugrahan Tuncer. After one, the scored was tied 21-21.

Upon his return midway through the second, Shane immediately made his impact felt with a layup to tie the score at 29-29. By the end of the half, Turkey held a slim 42-40 lead. Croatia appeared to take control in the second half, bookending the end of the third with threes to take their largest lead of the game at six. But Shane and the Turkish National Team kept coming. 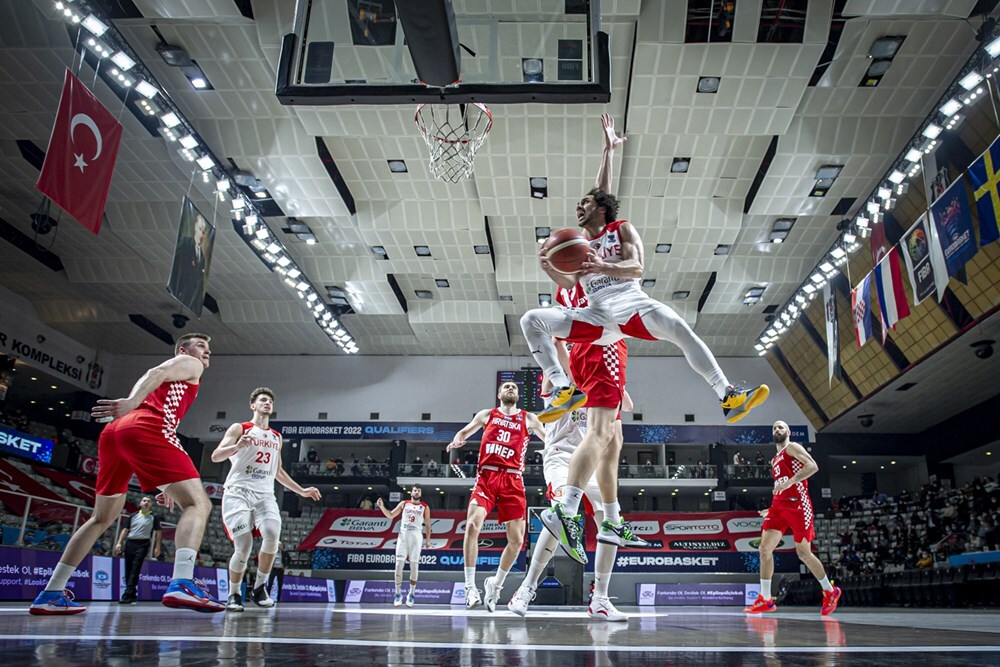 A dime from Shane to Tuncer for a three made it a two-point game, and Shane came up with a huge block after another Tuncer three to give Turkey a chance to take the lead back. The score stayed at 70-69 for more than a minute until Shane finally broke the ice with a trey to give Turkey a lead they would never relinquish.

With under three minutes to go, Shane all but delivered the dagger, drilling a deep three and drawing a foul that sent him to the line to make it a five-point game. He missed the free throw, leaving the score 79-75, but made up for it on the defensive end, where he played blanket defense on Croatia’s top shooters, and recorded another huge block in the final 30 seconds. Turkey closed it out from there for the six-point win.

“Shane Larkin decided the match,” Croatia’s head coach Veljko Mršić said. “He scored a really tough three-point shot plus a foul. On the other end of the court he played unbelievable defense.”